Designer, Havva Mustafa and co-creator brother, Ali, launched HAVVA the luxury footwear brand after growing up in a family of third generation traditional Turkish footwear artisans and designers.  The duo has worked to marry the careful crafting and handmade details they’ve learned since childhood with their passion for streetwear and the edge of youth culture.In addition to their label, Havva currently moonlights as one of the leading footwear design teachers in the UK at the prestigious, Central Saint Martins – University of the Arts.  She has also taught many well known designers including Julia Nodaleto and Jennifer Chamandi.  Havva and Ali’s father is also a popular teacher at Central Saint Martins focused on the technical side of shoemaking, so footwear is truly a family affair! The small-batch, waste-conscious collection is made in Turkey in a family-owned factory as well.The label has featured in a number of industry publications, including Vogue US, Harpers Bazaar, Elle, Vogue Italia, Forbes, The L.A Times among others.

Up to 40% Off On All Shoes and Sandals at Havva 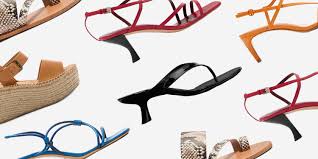 TEXAS BUCKLE BOOT From £430 At Havva 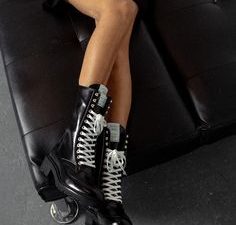